An Introduction to Being Bicultural

Welcome to The Bicultural Podcast.

I’m really excited to share my first episode with you. This episode will answer the following questions:

So a little bit of background and I’ll introduce myself properly. So, I’m Janina Neumann and I run a bilingual design company called Janina Neumann Design. Janina Neumann Design helps the public sector, charities, and social entrepreneurs implement design for social change. The bilingual focus ensures clients can communicate their message effectively across different languages and cultures. I was born in Germany but spent most of my life in the UK, being able to speak German and English fluently has given me an interesting edge to how I see the world. Being bilingual and bicultural has given me an insight into how switching perspective can change your thinking and your outlook on the world

What does it mean to be bicultural?

For those of you listening who aren’t bicultural, you might find this concept difficult to understand so let me use this example to explain the concept a little bit better.

When you lived in X in the United Kingdom, you knew all your neighbours on a first name basis, it was common for you to pop around for a cuppa. You were happy living here. Now you live in Y, in the United Kingdom, and it all feels very different. You don’t know your neighbours names, you often rush from the car to your house door, hoping that no one will see you, but you’re also happy living here. Now, if someone came up to you and said, “Where you from?,” what would you say?

Now, if someone came up to me at networking event, for example, and asked, “Where are you from?,” I’d find that difficult to answer. I might say I’m from Tewkesbury, because this is where I run my business, and live locally. But, they might also ask, “Where’s your accent from?,” and then I might tell them about my German heritage.

The reason I’m mentioning this, is that sometimes asking where someone’s from can actually put up more barriers and it can open up opportunities to create a friendship.

I was having a casual conversation with someone a few months ago, after a while he asked me where I was from. I said it was from Tewkesbury, he said I was not. When I asked why, he said I had an accent. I responded, “Yes, because I’m also German.” He then went on to say how he knew I was German because he could hear it in my accent. He left it at that.

Now, after the conversation, I asked myself, why did I feel like he put a barrier up between us? Most people who comment on my accent do so without meaning any harm and mainly do so because they need to say something that they knew to be true so that they can start another conversation with me.

So, why did it feel like a barrier? Identity isn’t binary, especially not for bicultural people. If you ask bicultural person to choose between a culture, then they will feel uneasy because they can’t choose, a mix of both cultures is who they are.

A great way to avoid barriers is to be culturally aware.

To be more culturally aware, it is also important to consider the language that you speak to someone, because language content, guides memory content.

A study that gives insight into this concept was done by Viorica and Kaushanskaya.

Language is such an important factor when communicating with someone. It influences the things that you remember, and it influences how you feel about the conversation. For example, when I speak to my family in German, I feel closer to them, because I feel that I’m expressing myself more clearly through the natural use of upgraders, such as “very” or “exactly”, which is common to use in German culture. However, when I’m speaking to my family in English, I feel a little more distant to them, as I’m more likely to use downgraders, such as “a little” and “sometimes”, to express how I feel.

So, how do you connect with other cultures?

I think the best way to connect with another culture is to build a friendship and to accept the person for who they are. A great way to start this process is to cook with them. Cooking is a universal way of building friendship. It allows you to be introduced to the customs of another culture, but it also gives the opportunity to talk to each other, to talk about the day-to-day life, family, past experiences. All these topics help you to connect and understand the individual better, and beyond their immediate cultural differences. You may even realise that they’re bicultural and share a lot of the same values as you do.

So how do you connect with other cultures? Well, my advice is, next time you meet someone who you suspect is from a different culture, don’t mention their accent, as this may put up barriers. Let them reveal how they perceive themselves. Their identity belongs to them and it’s not for you to judge on their accent. And lastly, remember the superb quote by Erin Meyer that says, “It is not a question of culture or personality, but of culture and personality.

If you have enjoyed reading this article, why not subscribe to The Bicultural Podcast? 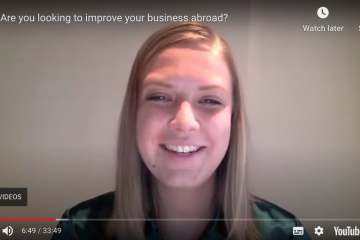 Are you looking to improve your business abroad?

It was fantastic to be interviewed by Janine Cera on her podcast, ‘How to be more remarkably brilliant‘. Listen to “Are you looking to improve your business abroad?” on Spreaker. Janine Cera is a rapid Read more… 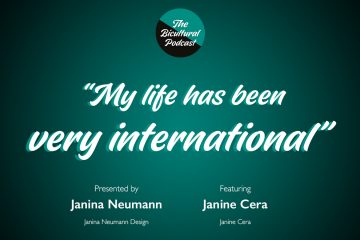 “My life has been very international” | Interview with Janine Cera

Welcome to The Bicultural Podcast. I’m really excited to have Janine Cera with me today. She’s a rapid transformational therapist, clinical hypnotherapist, and award-winning speaker. In this episode, you will find out more about Janine’s Read more… 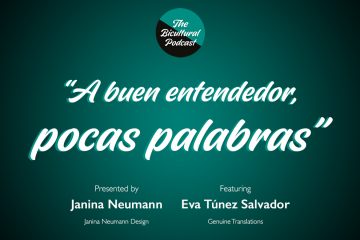 Welcome to The Bicultural Podcast. I’m delighted to be joined by Eva Túnez Salvador, director of Genuine Translations. In this episode, you will find out more about Eva’s story about being bicultural Doing business with Spanish-speaking audiences, Read more…